Please excuse the hot ass mess while we remodel.

This post probably contains affiliate links. You can read our boring disclosure for more info

On December 25, 2016, I boarded a plane to move to my dream country. I was born here so coming back to Germany for me was like coming home.
Every time I go back to the US, I’m reminded of the differences between the two countries.
So, in this post, I want to share some of those difference I’ve noticed in my 2 ½ years overseas. These are all my own personal observations and I’m generalizing the info so please don’t be offended!

*This post probably contains affiliate links. You can read our very dry and boring disclaimer policy for more info.

I’m a proud Southerner (without the accent) from Fayetteville, North Carolina.
Well y’all there is this common thang in the south called hospitality and just plain old friendliness.
Even if we don’t like you, we’re still going to smile and kill you with sassy kindness. That’s just the Southern way!
I have lived in 8 different states, including Hawaii, around the US. I’ve observed that peeps that are not from the South, with the exception of Hawaii, are more standoffish and a bit cold.
That’s how Germans generally are. They don’t smile at you when passing you by. There is no real ‘fake friendly customer service attitude.’
Hell, they won’t even say excuse me if they want to pass. It’s borderline rude.
However, once they get to know you or see you around, they do thaw a bit.

Listening to the radio in Germany comes with some risk, especially with kids. They don’t censor any lyrics.
They play music from all around the world, but American music is hugely popular. It always shocks me when I start listening to lyrics and they’re cussing like a sailor on leave.
We have to quickly turn the radio station, or my daughter just tells me; “Mommy I can’t listen to this!”

If I’m watching TV with my daughter, we can’t just switch through the channels after 9.
They show naked people! On the news and sometimes during commercials.
Shucks, they have a dating show called Naked Attraction. You have all these naked people behind screens. During each round the screens pull up, so you see everyone’s bits from the bottom to the top.
Talk about an eyeful!
…and not just on TV.
I was at the train station last week and saw the cover of a Munich newspaper. The cover was of the asses of pale, naked men and other people laying around a nude swimming park.

4// Bring Your Own Kitchen, Fridge & Lights

In Germany, the kitchen and lights aren’t always included in the apartment or house you rent.
We were lucky because we had a kitchen and lights in the bathroom and kitchen.
But we had to buy and install light fixtures for all the other rooms in the house and of course a refrigerator.
Since we bought it then all of that comes out of the apartment when we move.
If we had to buy a kitchen then you can remove it or sell it for a discounted price to the new tenants.

In America, I was able to find an apartment online, complete an application, and move in within a week. While living in another state.
Due to housing shortages, especially in big cities, it took us 6 months to get into an apartment in Germany.
Finding an apartment was not a problem.
The problem was you had to do an in-person application. Many times, along with 75-100 other people.
All for one place.
It became so stressful that we decided to move 45 minutes away and moved into an apartment within 2 weeks.

This last week Europe has been suffering from a heat wave. It’s been so hot here that a pile of manure caught fire in Spain and caused a forest fire.
Unfortunately, the majority of homes and business do not have air conditioning.
So, living in a 3rd-floor apartment while its 100° outside was no fun.

In April, I was in Virginia for my mother’s retirement party. We went to the commissary, the military grocery store, to go shopping.
I was shocked when I saw the cost of a pack of 3 bell peppers.
It was $4.99!
In Germany, it costs only $1.50 for the same damn thing.
When I lived in the US, I spent easily $300-$400 monthly for my family of 3 on groceries.
Now, I’m spending half that amount and buy more stuff for the same size family.

Germany is a big proponent for recycling. So, we had to get five trash containers to comply with the rules.

In New Mexico, I had two containers, but this was leveling up a bit. It took us about a month to get a system in place.
Every town does it differently. Some want to you separate the glass by colors. Others have a big blue container for all recyclables.

Every time I go grocery shopping, I feel like I’m in an I Love Lucy episode.
You know the one where she’s working at the chocolate factory and she can’t keep up. It’s been 3 years and I feel that way every single time I go shop.

It’s because you have to bag your own stuff in Germany. You also have to either bring your own bags or pay for one at the checkout.
It takes some getting used to, but I get it. The last time I went to the States I went to Walmart. It’s like for 10 things you buy they want to give 3 bags! It’s ridiculous and wasteful.
Come to think of it I haven’t really seen any plastic bags here. Well, the ones I have are made of recycled material and are durable.

I flew to Virginia during Easter weekend. On that Sunday I was expecting things to be closed. It shocked me that so many things were still open.
In Germany, everything is closed on Sunday and major holidays except some restaurants and gas stations.
Not only are businesses closed but transfer trucks can’t drive on the highway unless special permission is given.
So, driving 100MPH+ on the autobahn is even more fun during those times.

I absolutely love to drive. My last trip to the US I drove from Virginia to North Carolina. The speed limit was 70 MPH. It was so slow I almost fell asleep!
Well in Germany 80 MPH is about 128 KMH. That is the almost the regular speed limit. Then they put up my favorite sign and you can just go, go, go!

We drive around 140-160KMH about 85-100MPH on average and we still have cars passing us by like we’re standing still. It’s amazing!

In the states, it seems like public transportation only works well in big cities. I come from Fayetteville, North Carolina with a population of 200,000+ people, not including 40,000 members of the military stationed at Fort Bragg.
Anyway, if you don’t live in the center with all the shops and stuff, you have to walk sometimes miles to the nearest bus stop.
Even in the smallest village in Germany that walk is only minutes.
My current city, Neustadt an der Weinstraße, has 53,000+ people and it’s a 7-minute walk to the train station or a 2 minute one to the nearest bus station. Then from there, I can take a train to Paris, Frankfurt, or any other major city in Germany.

13// Majority of Peeps are Bilingual

Almost everyone that I have met since living in German is bilingual. Those that grew up and went to German schools start learning English in 3rd grade.
I’ve actually been a bit lazy with learning German. I can speak enough to just get by but I need to learn more so I can help my daughter with her homework.
But it helps to have a multilingual husband. He speaks Turkish, German, English, and a bit of Spanish. So, I gotta catch up!

There are pros and cons everywhere you live. No matter what part of the world. After all my moves, I’ve learned to embrace the positive parts. Otherwise, you’ll just have a miserable stay.
Everyone who lives or visits Germany will have a different experience. I was talking to my step-mother the other day. She lived in Germany for 18 years working for the US military.
Her experiences were different than mine because of that association.
I’m not part of the US military nor am I a tourist. So, I see the ‘behind the scenes’ version of Germany. Either way, I love it here and can’t wait to see what tomorrow will bring!

By subscribing to our newsletter, you consent to receive new post updates and occasional promotional emails related to our company. 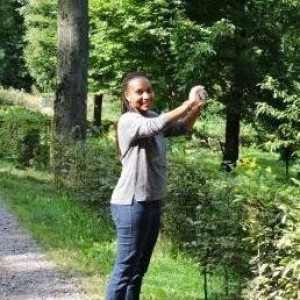 By subscribing to our newsletter, you consent to receive new post updates and occasional promotional emails related to our company.

We use cookies to ensure that we give you the best experience on our website. If you continue to use this site we will assume that you are happy with it.Ok